Microsoft was bound to deprecate all the work on silverlightearth.com (and others on DeepEarth) at some point :D - and they've finally released a CTP of their efforts.

The control can be downloaded from Microsoft Connect: Silverlight Map Control - you have to register and fill in a survey first but then you're good to go. There is also a Getting Started guide to help, you know, get started.

and you've got a map! 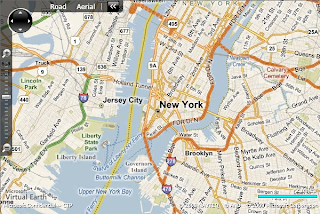 The control doesn't like being hosted on the filesystem (good old WebClient and ClientAccessPolicy restrictions I suppose) so when creating your first test project, remember to hook up a WebApplication as well... 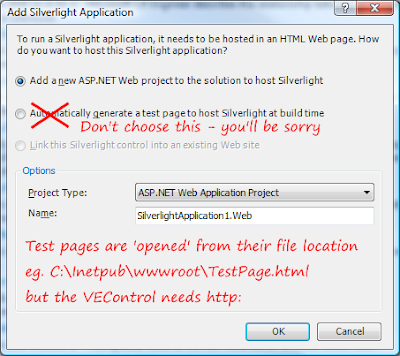 otherwise you'll get the same error as the design surface does 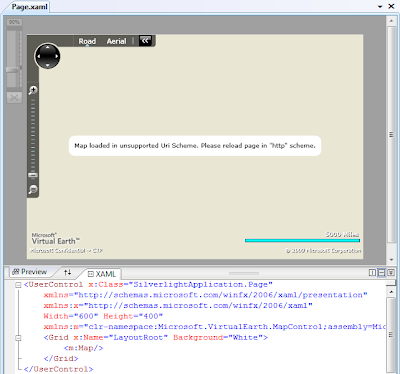 but a WebApplication with an automatically created TestPage works just fine 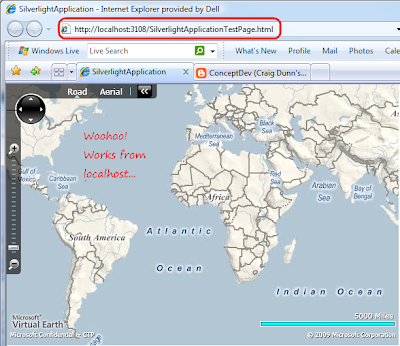 Naturally I then wanted to apply it to something useful, so you can give this New York Marathon (2006) visualizer a go... in case it isn't obvious, it's showing how far behind the winner I was (and how far behind me Lance was :) 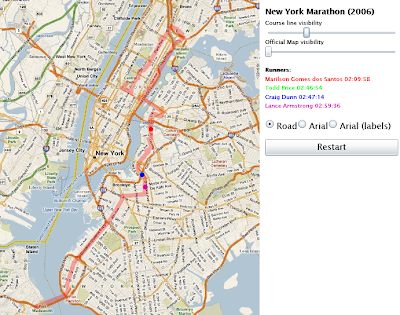 I've blocked panning/zooming on it for now (until I figure out how to keep the animations and course in sync), but that is a bona-fide Microsoft Virtual Earth Silverlight Control (CTP) in there!
UPDATE [22-Mar]: I've updated the example so that dragging/panning works BUT zooming is still broken. I think I've copied the iSDK Add scalable element example exactly (but their Rectangle scales and my content doesn't). Weird...

That didn't take long at all - so initial impressions are good. The map controls are very smooth and the basic stuff is intuitive to program around. In addition to the links above, you will want to play with the Interactive SDK and keep the SDK CHM handy until sample code starts appearing in the wild... 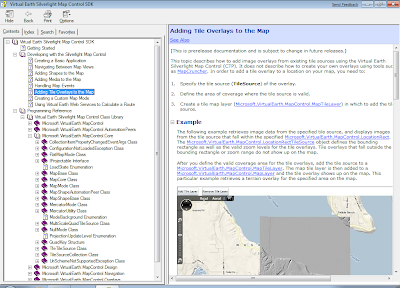 I wonder what the release date and go-live licensing details are???
Posted by Craig Dunn at 21:26