So far I've had the Band a week, and it's been on my wrist almost every second of that time (except charging). I'm surprised by how easily I got used to wearing it - it is still chunky, but light enough that I can cope :-)

The one remaining question people have asked is how good the heart-rate sensor is, so I did a couple of tests today both running and walking/sitting. I used the Band in conjunction with a Polar H7 chest-band paired with both the Polar and Strava apps.

I expected the results to be pretty close (given how good the GPS performance is on the Band)... but turns out, not so much. Here's the heart-rate data from the Band - seems consistent with an average of 165 bpm (high of 177). 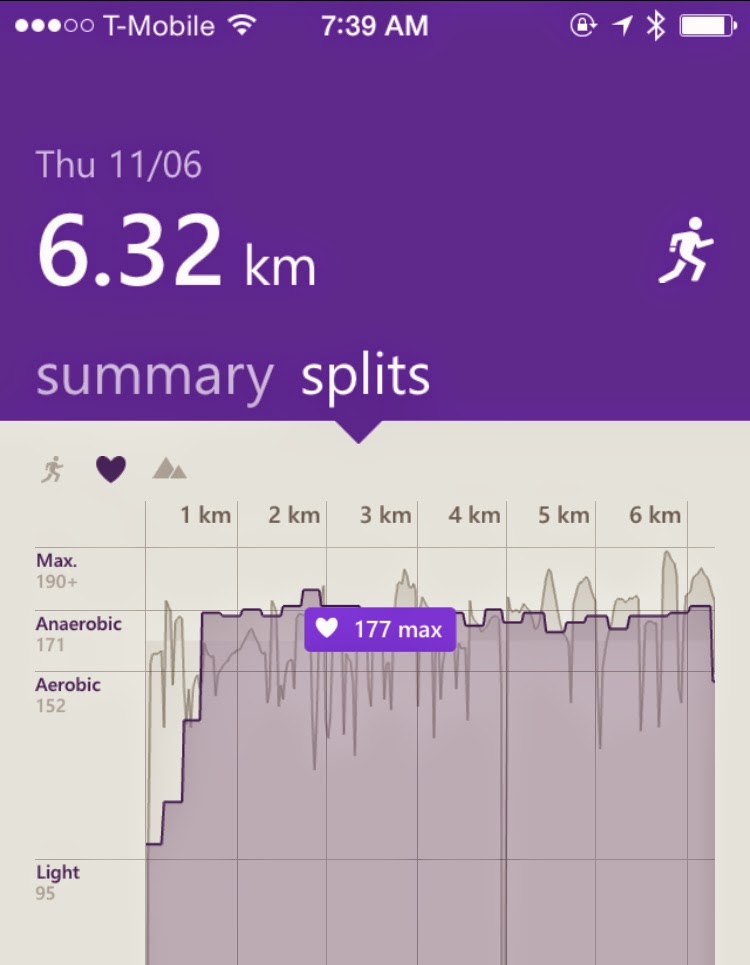 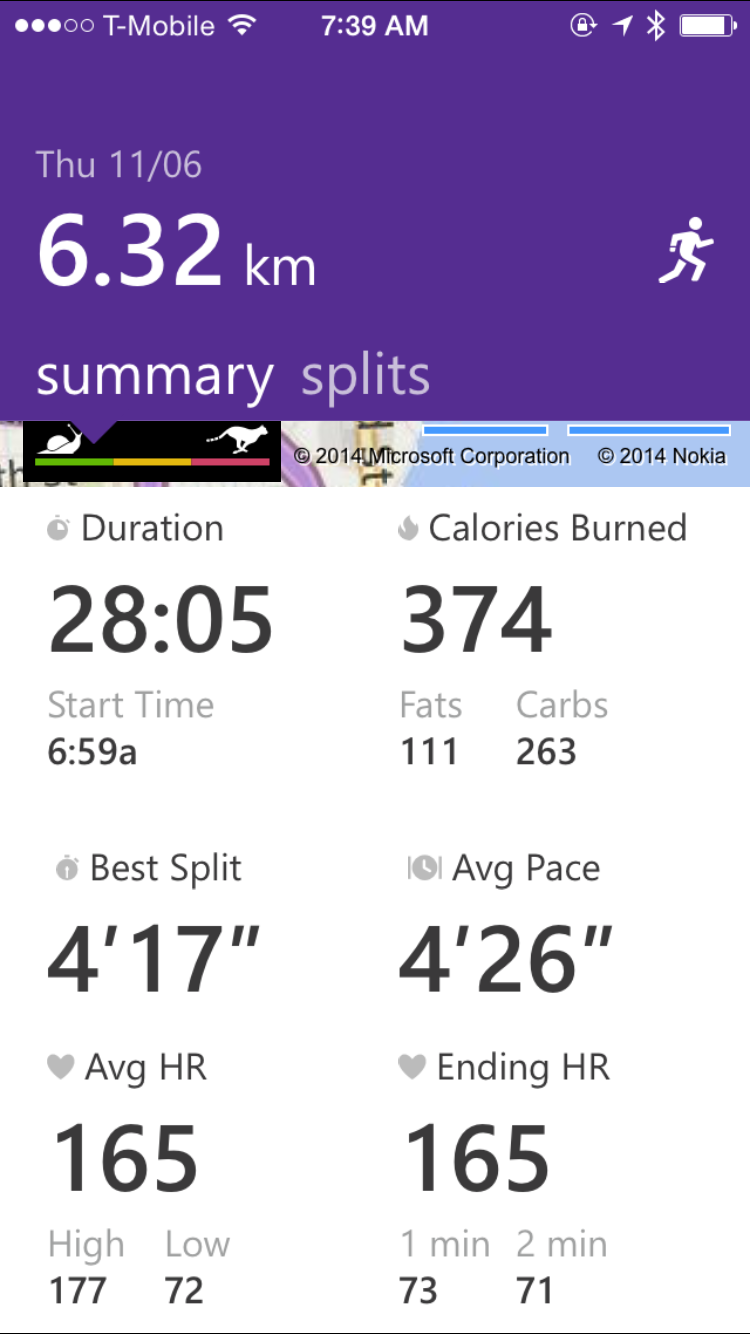 The Polar H7 chest strap data was slightly different though. Here is the graph from the Strava app; it recorded an average of 149 bpm (high 159). 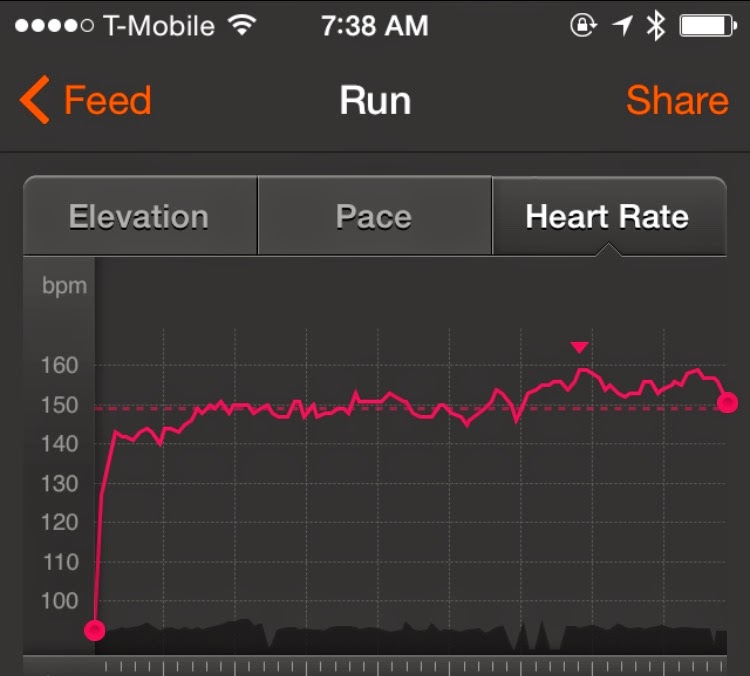 And of course you can view the data from the Polar chest-strap in more detail on the Strava website:

So there's a bit of variation between what the Band reports and what was recorded on the chest-strap. I did another test just walking for 20 minutes; with the following result:


Only on the internet could two tests be considered a statistically valid sample, but there you go - looks like the Band's heart-rate sensor is not as accurate as a chest-strap ;-) In reality, any number of factors could contribute to the difference: maybe I didn't have the Band on tight enough, maybe face-up versus face-down on my wrist makes a difference, maybe the strap is the bad data, who knows?!

That's all the blog posts for now - my first week with the Microsoft Band is done.

Overall I still like it - I've gotten used to having it on, the sleep data is new and interesting, and it's a good run tracker (the GPS is as good if not better than my Garmin - and it definitely finds the satellites quicker). I love the notifications on the Band: text messages, email, Facebook, etc... these could be the things that keep me using it after I get bored of the other stuff :)

The negatives are minor, but important for some. The battery realistically only lasts a full day - the minute you use the GPS functionality you're going to have to charge again within 24 hours. People report longer times but I doubt you are really getting the full use of the watch if you're stretching the battery so long. The other hardware issue is the question-mark over the heart-rate sensor ~ I'll leave it for people with more patience than me to do an exhaustive test, but as the disclaimer says "this is not a medical device" and it's probably as good as you can expect for a device of this size.

Finally, though, even assuming the battery lasted a week and the HR was spot-on, I would still not be able to use the Band as my only fitness-tracking device, purely because the data is locked into the Microsoft Health ecosystem. While there is no way to export ALL the data (into Strava or similar systems) I'm just not willing to give up my current devices.
Posted by Craig Dunn at 20:55