Scott, Scott and Tim were among the first to blog about today's big news - Miguel de Icaza's announcement that Moonlight 1.0 is live! It's a pretty impressive achievement, which I hope to write more about once I have installed and played with it myself.

However, hidden in Miguel's post was something else I thought was just as cool -- Barack Obama's inauguration Photosynth The Moment was shown in Moonlight (not just on Photosynth)... wha!?

I thought this was a massive 'discovery'. Photosynth previously had a custom viewer install that only ran on Windows... and now it's on Linux?!

Turns out ScottGu did 'announce' this, back in January (don't know how I missed it)

CNN and MSNBC are both launching Photosynth viewers that will ... combine pictures ... to create an interactive Photosynth experience of the event using Silverlight’s built-in DeepZoom feature to deliver an amazing 3D viewing of it.

Check out the difference between the plug-in version (view synth): 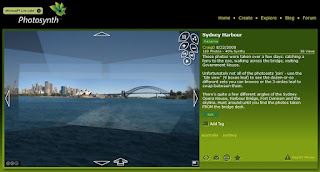 and the Silverlight version (view synth and object tag): 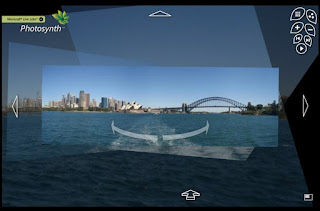 Very similar - all the Silverlight version is missing is the 'control point cloud' that you see holding down Ctrl in the embedded viewer.

Turns out the CNN version hosts Photosynth.xap with the following assemblies -- including Kit3D!

Here's how the HTML looks to host it. It's fairly trivial to extract the .DZC filename from a Photosynth.net page and embed it in Silverlight.

So if you are playing around with Moonlight 1.0 it's fairly trivial to access the thousands of existing Photosynths (unfortunately I think you'll still need Windows to create one).


Finally, unless Microsoft releases something 'official' I doubt it's allowed to redistribute Photosynth.xap to display your own synths (especially for commercial purposes). Interestingly, the Photosynth site still says Like the viewing experience, the "synther" only runs on PCs (XP and Vista) :-).


P.S. I expected a Silverlight synth viewer sooner; writing back in August 2008

given the shared heritage with the Silverlight 2.0 MultiScaleImage control I wouldn't be surprised to see a Photosynth 'viewer' in RTM version of Silverlight 2.0 (or certainly a future version after that). 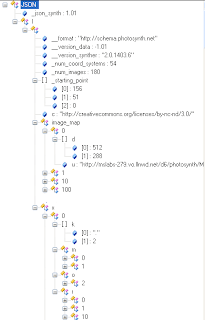 EDIT: I had previously wondered how the Photosynth data was stored, since each Photosynth is opened via a .DZC file (see above). I guess Fiddler would have answered the question - a JSON file is downloaded based on the DZC location: dzcUrl.Replace(".dzc", ".synth_files/0.json"). A summary of the JSON for that synth is shown here (thanks to JSON Viewer).

I guess it's all this data that was harvested for the pointcloud explorer built by these guys, in Python!
Posted by Craig Dunn at 02:04