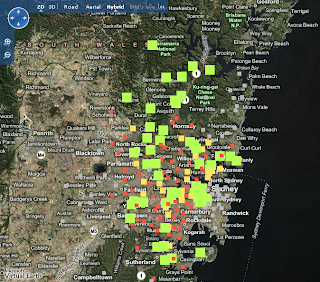 Having read (and tried out) John's first impression of SQL 2008 Spatial, I went about extending the dataset to try some of the other capabilities of SQL Server 2008's geography datatypes and functions.

The following tables were added: 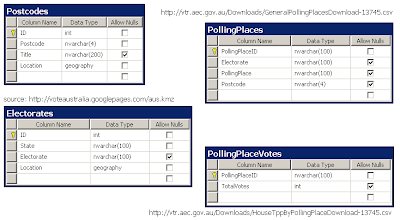 and the data inserted. The KMZ file was parsed with the XSD generator and C# (similar to John's example);

the CSV files were opened in Excel

It's worthwhile noting that the data import didn't go 100% according to plan. Some electorates consist of more than one polygon (to be unioned together, I suppose) - I've only imported the first Polygon for each electorate in the KMZ file. Other electorates failed with SQL errors - still to determine why the coordinates listed cause SQL Server to fail (no, it's not the ring-orientation...).


The following queries were then possible... 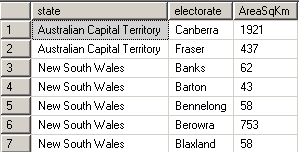 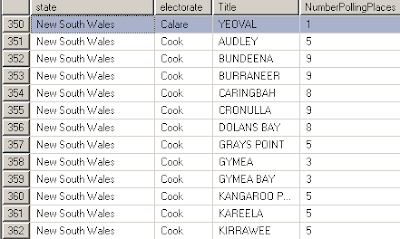 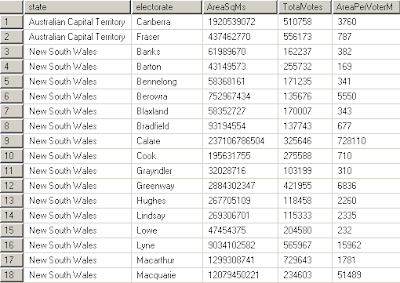 It is this query I've attempted to map at the top of the post - hopefully demonstrating finding points inside a polygon to group postcode data together for couting and summation; and using the area function to determine 'density'.

The next step is to get the POLYGON data into a map (as well as the POINTS)...

select electorate, Location.STAsText() as PolygonWKT
from electorates order by electorate