Sadly, day 2 of my Band experience was not as much fun as day 1.

As I was excitedly demonstrating how notifications from my phone appeared on the Band... they stopped appearing :-( I didn't think to try and debug the issue right away, so I just kept the Band on collecting data.

Next morning when I went to view my sleep data on my iPhone (more on that in future), the Band wouldn't sync data at all! Just this message:


Band error - I can't find your Band. Please make sure it is nearby and paired or go to My Microsoft Band to register a different one. 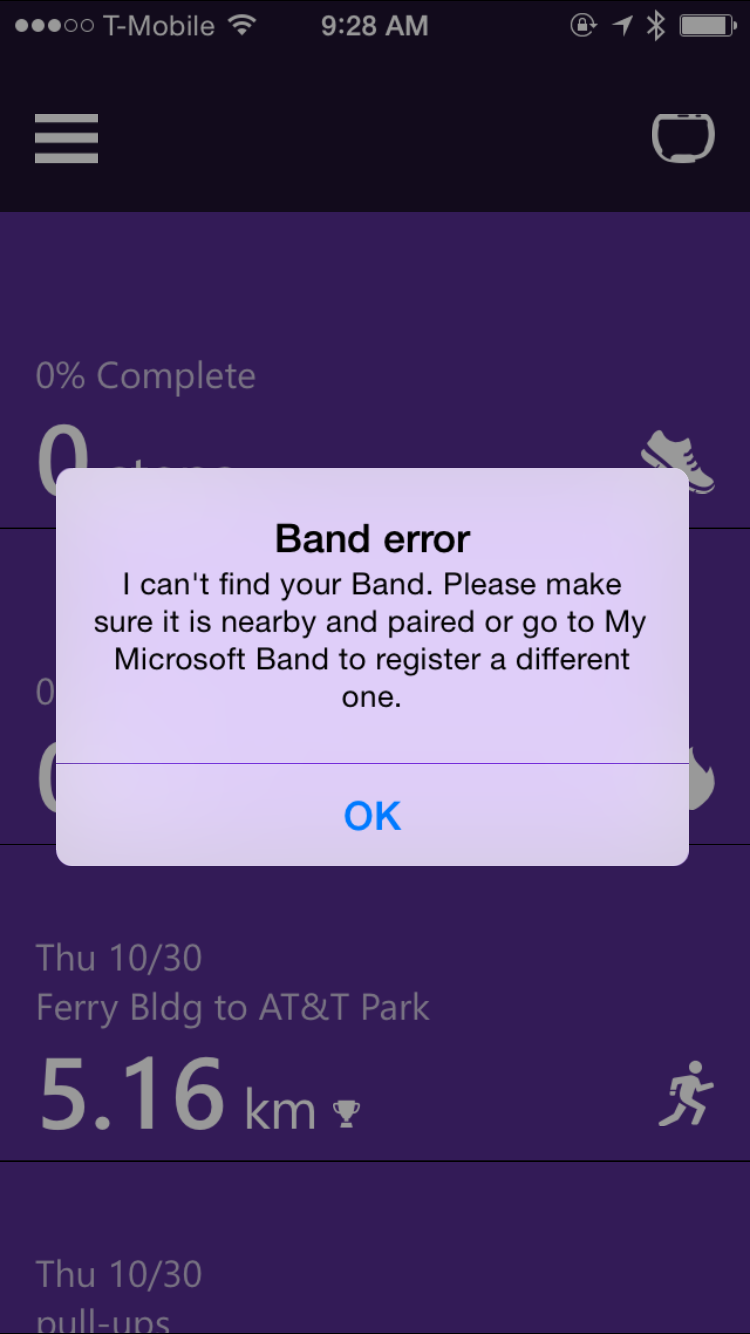 I was immediately pretty concerned! I looked through the menus on the Band but did not find anything helpful. I checked the pairing and it seemed to be paired fine (although I discovered later it wasn't), so I went to My Microsoft Band as they suggested.

ARGH! Now it sounds like I am going to lose data :-(


Unregister Band? Default tile and notification settings will be erased and you will need to factory reset your Microsoft Band. 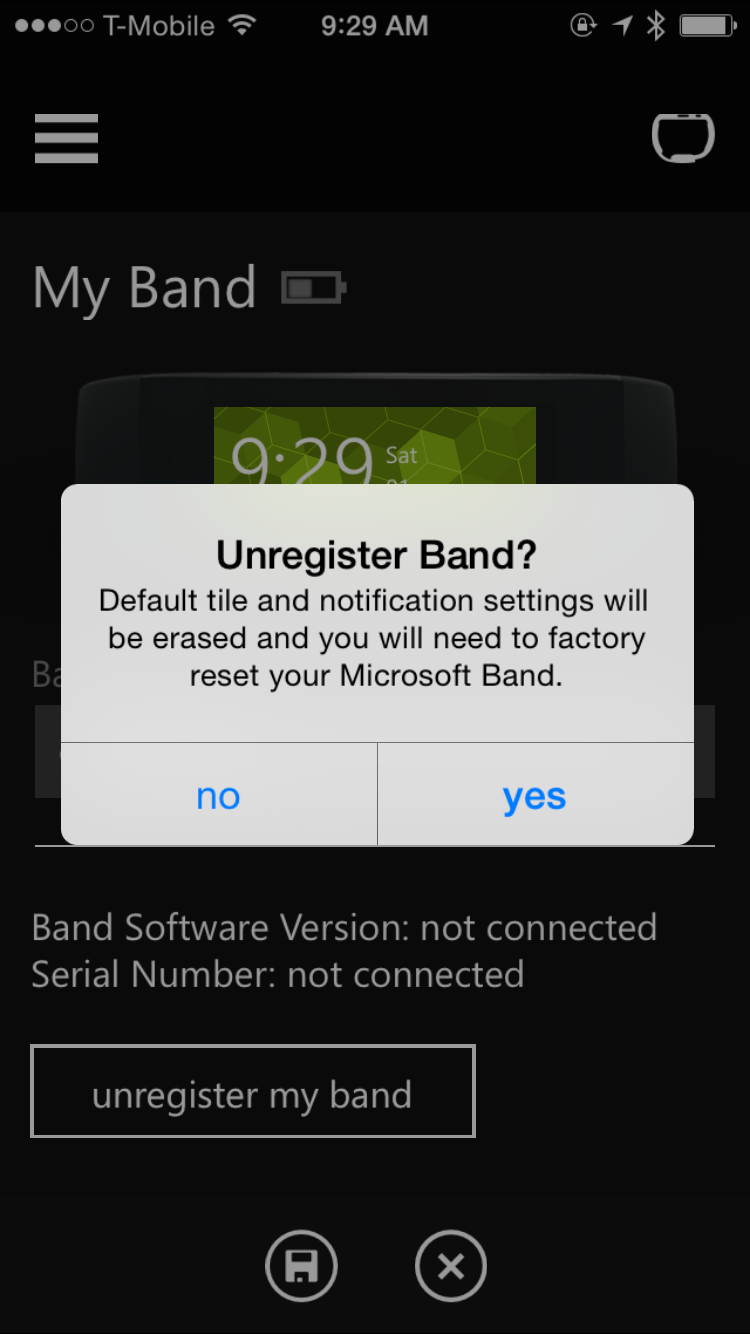 I panicked some more, and tried the Help feature in the app... OMG Microsoft WTF. Microsoft Health's in-app Help (on a mobile device!) just goes to the Support Home Page on the web (where, by the way, it's impossible to find anything related to Band). 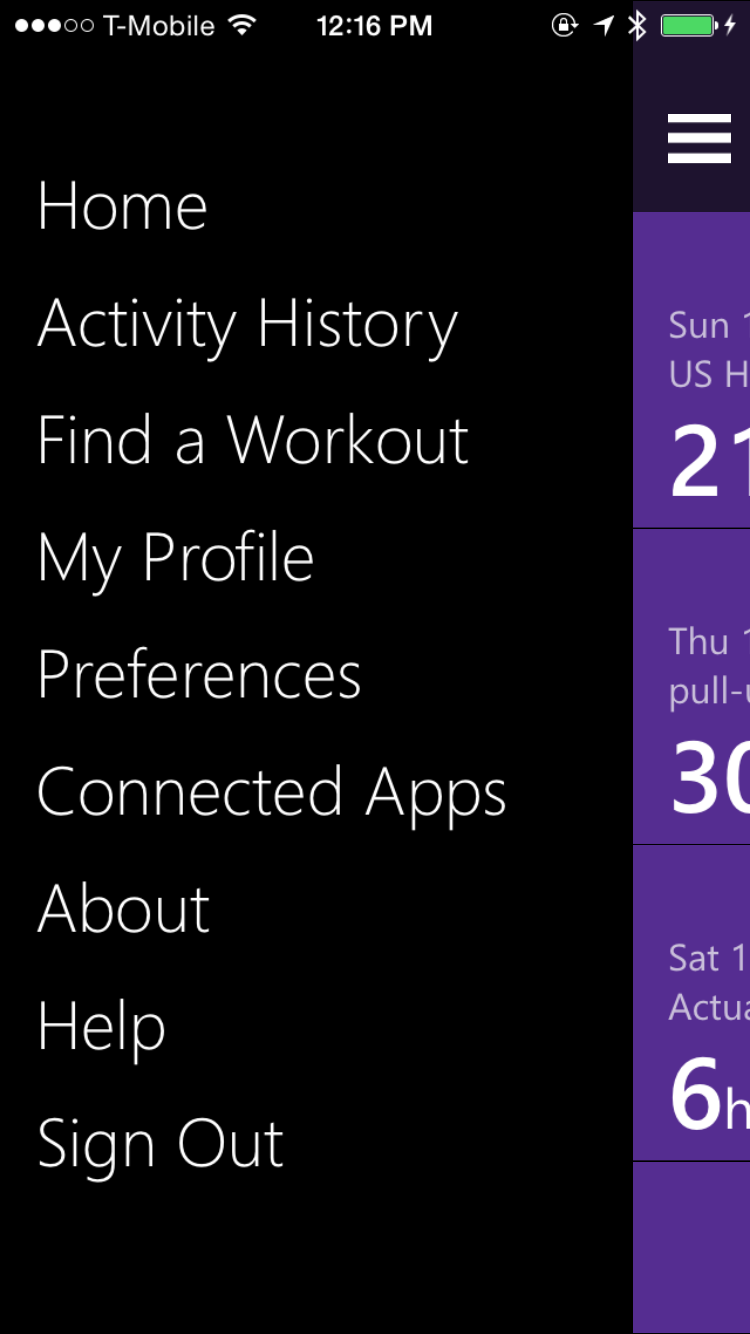 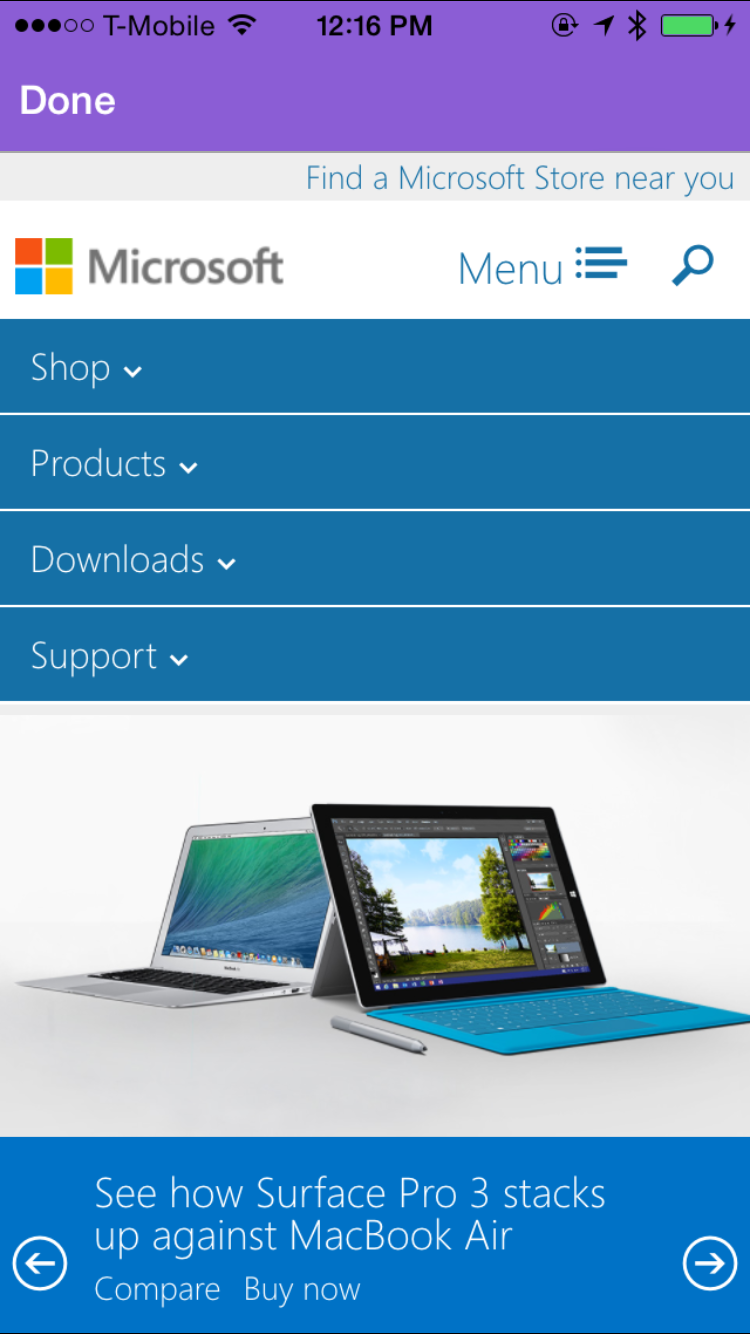 Finally after much screwing around with various settings, it appears that you need to be paired to TWO "bluetooth devices" for a Band... one with an "LE" suffix and one without (as shown). This is about 30 minutes of various rebooting and re-pairing attempts. 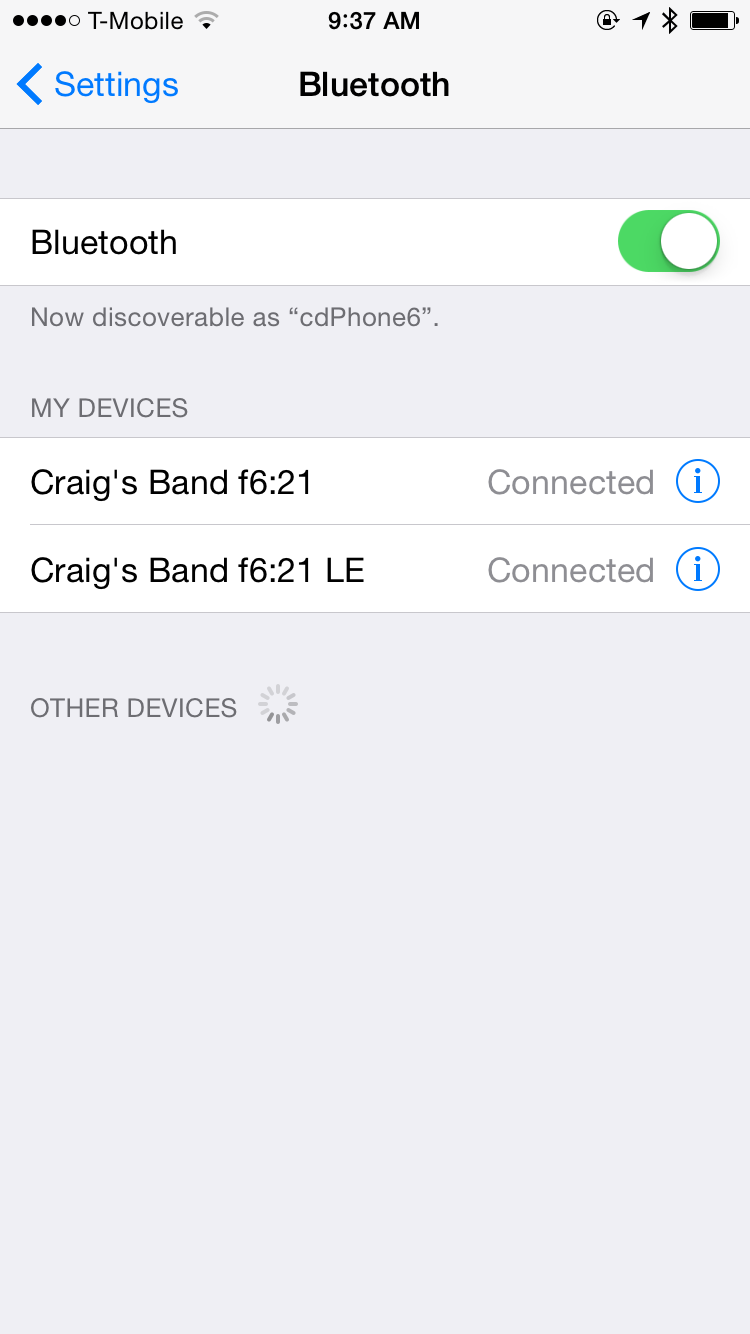 I have no idea what caused the pairing to fail in the first place, it just seemed to step receiving notifications at some point, and then not be able to connect at all.

Anyway... my Band is back online and all my data appears to be intact. It was not my ideal second-day experience, however; and at this point I'm a little less like to shift to this as my primary running device if the data is potentially lost so easily.

I like everything else about it so far though, so I'll keep playing!
Posted by Craig Dunn at 12:25