Another minor release of Geoquery 2008 to finish off some of the 'known bugs' around line and polygon rendering... It can be downloaded here.

First up, Morten has helped fix a number of bugs in Geoquery, and this release is no exception. While trying out his OGC conformance test map I discovered some GEOMETRY idiosyncrasies I still hadn't fixed. If you read his post and download the schema/data, this sql works best in Geoquery. 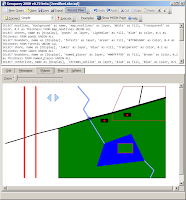 Morten also pointed out the issue with holes... (notice how the GEOGRAPHY instance is rendered on both the Shape & Map tabs!) 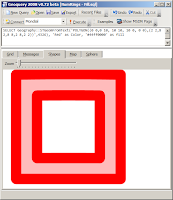 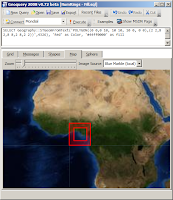 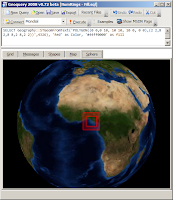 And finally, after a month away from the code (some of it at the beach :) it was relatively quick to solve most of the problems around 'wrapping': with a bit more help from Ed Williams I was able to discard my previous efforts (using the SqlTypes) and solve the problem with some basic math - hoorah! 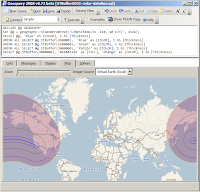 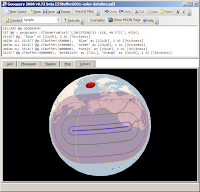 I expect it will be a bit of a wait for the next version of this code. I have a lot of ideas to incorporate, some of which require further architectural changes. I will also update the Examples to discuss the new features in CTP6. Until then - enjoy Geoquerying...
Posted by Craig Dunn at 02:45