This post follows the previous one about building for MonoTouch and WindowsPhone7 by porting the example to Google's Android platform using MonoDroid.

Here's how it looks (no need to identify which platform is which :) 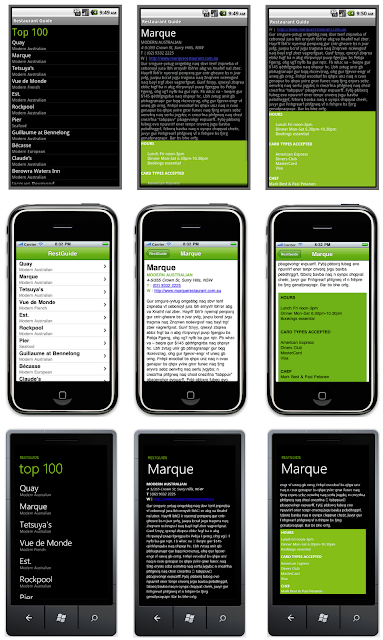 As before, the code is available on github/conceptdev/RestaurantGuide - for comparison here is a shot of the three .sln files. 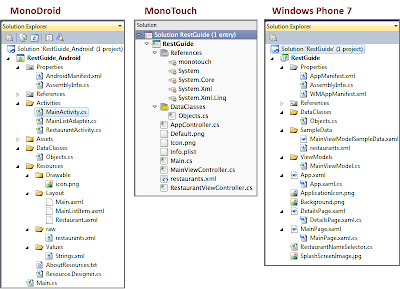 A couple of observations:
* for a quite neat cross-platform design (at least across MonoDroid and WP7) see @gshackles TwitterSearcher sample

p.s. does anyone know what the Android equivalent of an "indexed list" is? Pls comment or @conceptdev... thx
Posted by Craig Dunn at 02:33