Back to "work" on Geoquery

After a great holiday at the beach, a rushed implementation of PayPal, some silverlight prototyping and fighting with IL at work, I've finally found some time to work on Geoquery again.

v0.8 is pretty ambitious, so it's likely to be an interim version that fixes a few more bugs, such as polygons that cross +/- 180 degrees Longitude. 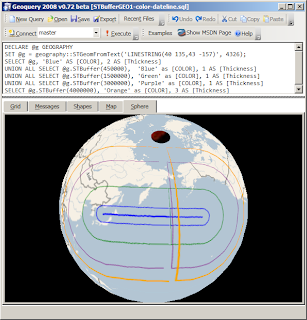 and Geography displayed on the Shapes tab 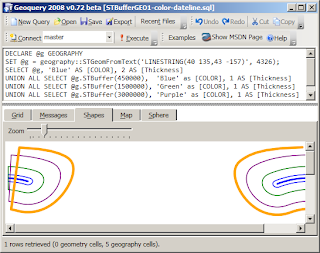 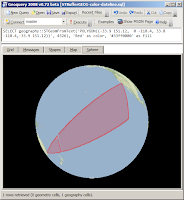 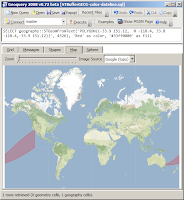 Still a little more to do (what about when the polygon disappears above +/-85 degrees Latitude), but hopefully I'll be back working on street-level maps 'any time now'.

p.s. yeah, I went to the "2008 launch wave". What I don't get is when headlines that look like {data binding} became cool marketing?
Posted by Craig Dunn at 04:41